The core of the problem is unrestrained government around the world 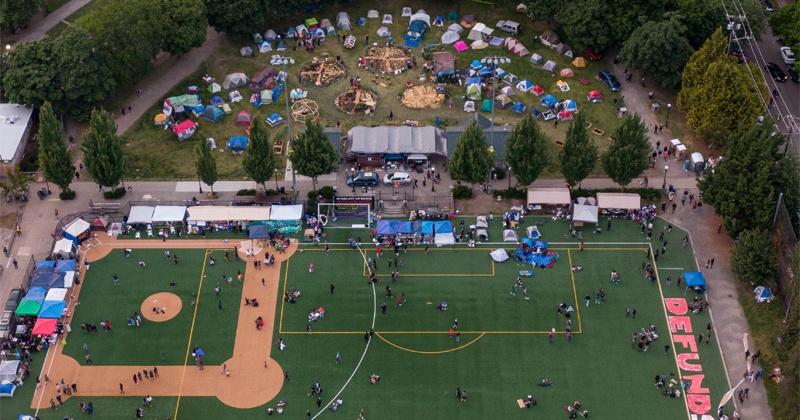 Real crime statistics and documented instances of government and institutional abuses, particularly by the UN, reveal that out-of-control governments run by unelected bureaucrats are the real source of systemic oppression of people across the globe.
The actual crime data does not fully support the ongoing narratives the mainstream media is pushing, and that prevents real change from occurring because the problem is fundamentally deeper than what activists are suggesting.

The core of the problem is unrestrained government.

But this problem is routinely ignored by the mainstream media, an industry that is heavily employed by big government proponents.

In fact, these very proponents gloss over or outright ignore FBI crime statistics which don’t fall in line with their narratives that routinely look for other factors that explain wide-scale abuse by public officials which doesn’t put a spotlight on the ever-expanding government encroaching on individual rights.

For example, crime data from the FBI and the Department of Justice tells us:

“In 2005 most homicides involving one victim and one offender were intraracial. About 93% of black homicide victims and 85% of white victims in single victim and single offender homicides were murdered by someone of their race.” – Page 3 of Bureau of Justice Statistics

“Between 1980 and 2008, young adult black males had the highest homicide offending rate compared to offenders in other racial and sex categories.” – Page 15 of Homicide Trends in the United States.

“Young males (14 to 24 years-old), particularly young black males, were disproportionately involved in homicide compared to their proportion of the population” – Page 16 of Homicide Trends in the United States.

Additionally, a Michigan State University study recently concluded that white police officers are not more likely to shoot minorities than their non-white counterparts.

“If anything, black officers are more likely to shoot black citizens,” said co-author Dr. Joseph Cesario. “There are so many examples of people saying that when black citizens are shot by police, it’s white officers shooting them.”

“In fact, our findings show no support for the idea that white officers are biased in shooting black citizens.”

Moreover, a Washington State University-Spokane study shockingly discovered that white cops were 25 times less likely to shoot unarmed blacks than other races due to “real-world concern over discipline, liability or public disapproval.”

“In sum, this research found that participants displayed significant bias favoring black suspects in their decisions to shoot.”

Now let’s take a look at the autonomous zone in Seatle, and how similar historical incidents were dealt with quite differently by the federal government and the United Nations.

Specifically, the Waco siege and Burma.

First, compare and contrast the government’s reception and appeasement of the Capitol Hill Organized Protest (CHOP) in Seattle that earlier declared its autonomy in an organized tantrum to be “police-free” to the 1993 Waco siege incident.

The infamous siege against David Koresh and his Branch of Davidians climaxed in an FBI raid that left 80 dead including 25 children after a massive fire leveled the compound.

To this day, Americans that challenge the official Waco narrative are labeled far-right conspiracy theorists by the same media that coddles ANTIFA in Seatle.

Lastly, despite the leaders in the United Nations being critical of America, the globalist body has a documented history of catastrophic peacekeeping failures, specifically the recent genocide in Burma.

Under the UN’s peacekeeping gaze, the ethnic cleansing of Rohingya Muslims by Myanmar’s state military occurred from what the UN itself describes as an “obviously dysfunctional performance.”

The globalist cabal slapped itself on the wrist and issued an introspective report:

“Without question, serious errors were committed and opportunities were lost in the UN system following a fragmented strategy rather than a common plan of action,” said an official. “The overall responsibility was of a collective nature; in other words, it can truly be characterized as a systemic failure of the United Nations.”

Perhaps the takeaway from all of this is that the government power monopoly currently gripping nations worldwide knows no race, color, or creed.

Furthermore, it’s clear nonwhite countries also have their own problems with government abuses against the population, indicating this problem isn’t merely limited to racism but is in fact an absolute component of an oppressive government.

However, the swing of the pendulum to the other extreme, lawless anarchy, is not the answer as violent abuse is amplified, not eradicated, under this power vacuum.

But due to Big Tech censorship that’s preventing any challenge to establishment-pushed narratives, the United States is teetering toward a lawless, anarchic collapse – and the only way to stop it is through honest, open discussion in a marketplace of ideas free of censorship.

Alex Jones breaks down the globalist agenda to destroy America hiding in a supposed movement for racial equality, playing on people’s guilt to submit to an un-elected power.

BLM is a dangerous organization built upon a mountain of lies.