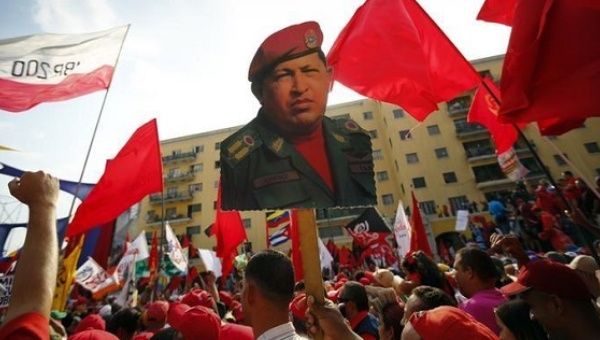 Many people in Europe and North America are shaking their heads at the rapidly-growing support in their countries for a transition into collectivism. At present, this advance is developing especially rapidly in the US.

Since the election of Donald Trump, large numbers of liberal Americans are beside themselves with despair and are responding with vehement collectivist rhetoric.

But, why should this be so? There have been many US presidents who were more conservative in their views than Mister Trump and, in fact, the Deep State, which unquestionably has more control over the future of the US than any president, is clearly moving forward with a collectivist agenda.

Yet, we’re witnessing an anomaly that’s not only unprecedented in US history; its ramifications and the rhetoric that drive it are often irrational beyond the pale.

A warmonger leader is no longer defined by aggressive behaviour. A warmonger may be defined as a man who attempts to maintain peaceful negotiations with other leaders.

And, predictably, Mister Trump is, therefore, by definition, a racist, sexist warmonger.

The speed at which this Orwellian rhetoric is being adopted by the hoi polloi of the US is alarming and, for those of us who are non-Americans, residing outside the US, the US is rapidly losing its image of respected world leader and resembling instead a perverse circus side show.

But, why now? And why is the reinvention of America occurring so rapidly?

The new American Dream is one of collectivism. Tragically, it’s a dream that always ends the same way.

Well, let’s have a look at history and see if there have been similar occurrences.

In the late 18th century, the French people observed the American revolution and admired the revolutionaries, who removed the aristocracy and led the then-new United States to greatness. France was heavily in debt and the country was ripe for revolution. All that was needed was a charismatic hero who would tell the French people that they were entitled to be raised up – to rid themselves of the rich aristocracy, embrace collectivist concepts and they’d be on the road to the land of milk and honey.

They found their hero in Maximilien Robespierre. But good times did not follow. Instead, what was delivered were purges, assassinations, brutal dominance by the new leaders and, finally, economic collapse.

Similarly, after a particularly bad patch of national indebtedness, the people of Russia overthrew the aristocracy. The people happily awarded power to the Bolsheviks, who promised the healing balm of collectivism. What they delivered was continued poverty, oppression and economic deterioration.

Chairman Mao did much the same in China, first convincing the people that they were oppressed by the evil rich and promised the equality of collectivism. He delivered, instead, a two-class system of small numbers of oppressive leaders and large numbers of poor workers. And, of course, he also delivered more uniform levels of poverty.

In Cuba, the people were understandably terrified of dictator Fulgencio Batista and the regime of violence and indebtedness that he’d created in Cuba. Enter the charismatic Fidel Castro, who made no real promises, other than to end the dictatorship and make Cubans equal. The people of Cuba were so enamoured of him that little in the way of violence was necessary to implement revolution. When the revolutionaries marched toward Havana, there was so much celebration along the way, and so many government troops joined the rebels, that Mister Batista simply hopped on a plane with bags of money and disappeared. 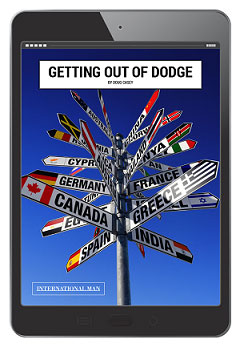 Even before collectivism could be implemented, the hero began the purges, assassinations and brutal dominance. As always, collectivism seemed promising initially, but eventually led to complete economic collapse.

And yet, in spite of these and other examples of charismatic leaders who tout the panacea of collectivism, then deliver uniformly disastrous results, we now observe an otherwise informed nation of Americans vehemently praising the repeatedly disproven virtues of collectivism. How is this possible?

Well, let’s ask Tulio Hernández, a sociologist who’s living in exile in Columbia, having escaped increasing poverty and persecution in his native Venezuela, once one of the richest countries in the western hemisphere.

How on earth did Hugo Chavez con his people into throwing away their prosperity, in favour of the promises of collectivism? Mister Hernández says that this was no accident, but a carefully crafted plan intended to appeal to the basest emotions of Venezuelans.

“According to Chavez’s logic, some people are evil – traitors who wish for bad things and oppose everything good. Before, they were not seen as adversaries, but as enemies of Chavez and the nation. They needed to discredit these enemies – eliminate them politically and morally, and, if necessary, eliminate them physically. Venezuela hadn’t experienced ideological expressions of hatred like this before. The people held grudges against the upper class and politicians, but hatred, as an expression of ideology, is a new phenomenon. Hugo Chavez sowed hatred, by dividing the nation into revolutionaries and reactionaries… into defenders of the nation and traitors.”

The reader might wish to read that paragraph again, but, this time, to imagine Mister Hernández as an American in exile, describing the irrationality and rhetoric of those promoting collectivism in the US. In this light, he’s describing exactly what’s taking place in the US.

The playbook this time around is the same as it has been in the past.

The Deep State in the US has achieved the first two of these steps and is well-along with the third and fourth. What now remains is the introduction of a charismatic hero and the implementation of the final stage.

The American Dream of resourcefulness, industriousness and self-reliance is very much on the way out. The new American Dream is one of collectivism. Tragically, it’s a dream that always ends the same way.

New York Times best-selling author Doug Casey and his International Man team put together a free report on the best international diversification strategies. Click here to download the PDF now. And please, feel free to forward this to anyone you think might be interested in this valuable information.